€50 Million – backed by the European Investment Bank for Starship Technologies to grow their fleet of autonomous delivery robots. 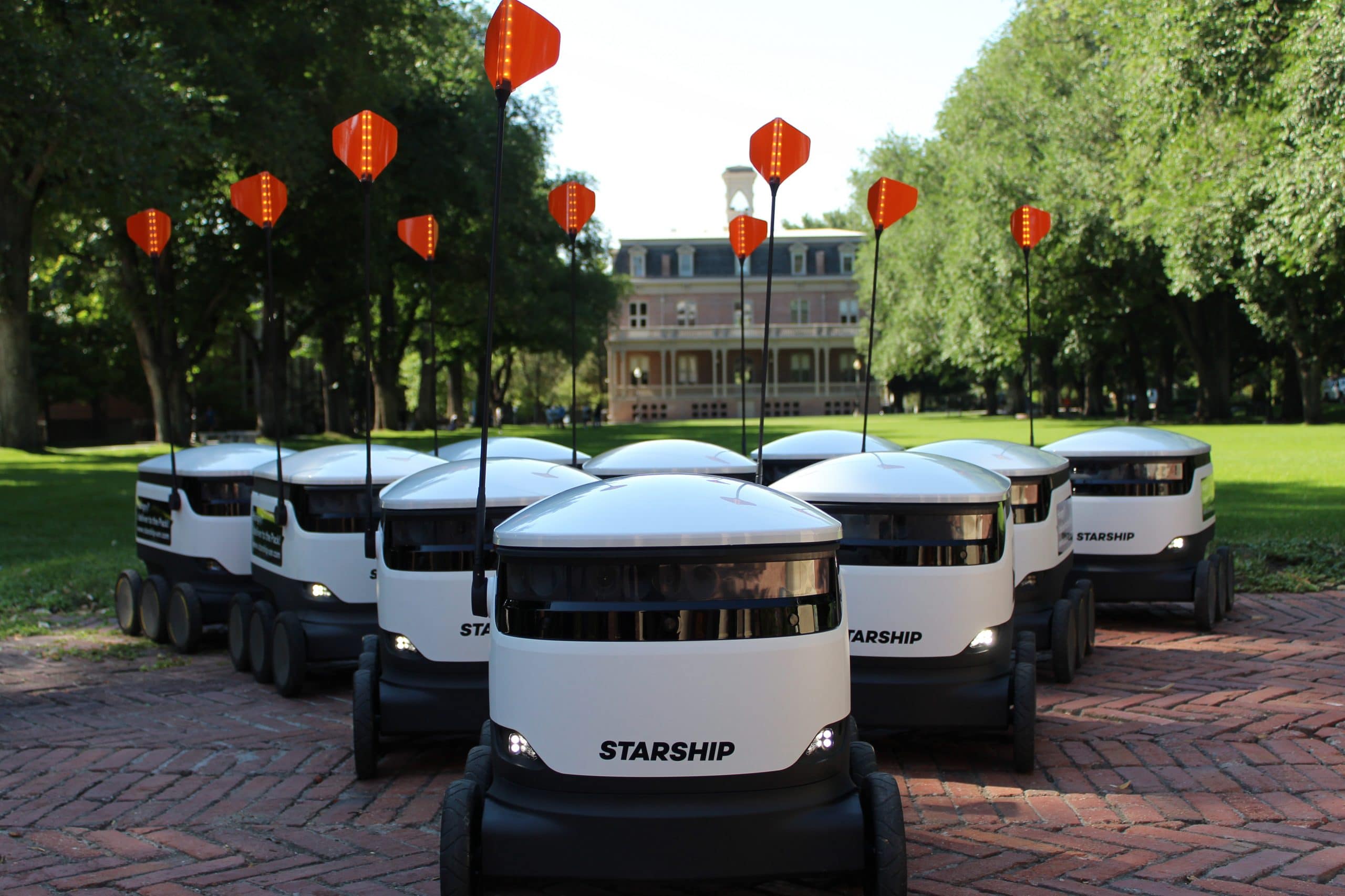 There are not many industries that can say they thrived courtesy of Covid-19, but the world of autonomous delivery robots certainly can. Starship Technologies is one such a company. As a result of lockdowns and people minimising their movements, Starship Technologies little caboose-like, boxy delivery robots, which have an average battery life of 18 hours and can travel around 40 km/day, were busy bringing food and supplies from stores and restaurants to consumers.

Why Funding from the EU?

While the company is based in San Francisco and made its name in 2017 running pilots with delivery companies such as DoorDash and Postmates in America, its primary R&D operation is located out of Tallinn, in Estonia which is why The European Investment Bank has given €50 million to assist the startup in growing the business. This is, however, on a “quasi-equity facility”, meaning there is a venture loan involved in the mix.

VP of the The European Investment Bank Thomas Östros said in a statement, “Starship’s delivery robots are already proving their worth, and we are glad to support the company so that they can continue to develop their technology and scale-up their production.” He was also of the opinion that, “Electric vehicles in all shapes and sizes will be part of our future, and can be a key part in the sustainable transport puzzle.”

The funding from the European Investment Bank also works in the EU’s favour as they have been trying to reduce emissions and traffic on the roads and keen to promote more sustainable forms of transportation. They have also had a long-term goal of backing tech startups to further its standing in the digital economy.

Alastair Westgarth, CEO of Starship Technologies said that this recent funding doesn’t rule out raising further funding from investors. Starship previously raised a $40 million Series A led by Morpheus Ventures back in 2019, and last January, according to PitchBook, data also raised a further $17 million with strategic backers TDK Ventures (the investment arm of the Japanese electronics giant) and Goodyear Ventures among the investors. It has now made more than 2.5 million commercial deliveries (up from 2 million in October 2021) and travelled over 3 million miles globally. Westgarth said that on average, its fleet is making 10,000 deliveries per day.

Due to a clash with another robotic startup Marble (now owned by Caterpillar), Starship Technologies has yet to launch in its home city and so has its first substantial city deployment in Milton Keynes in the U.K. With the ease of ordering via the startup’s iOS and Android apps, they saw hundreds of thousands of deliveries and has now signed with a number of significant partners such as grocery chains Tesco, Coop and Budgens. These partner with Starship primarily as a delivery for its centrally located, smaller-format shops, which act as “dark stores” stocking the items that Starship delivers to smaller radiuses around them as opposed to a vehicle for its mega grocery stores.

Even though at present, campus deployments make up about 70% of the business Alastair Westgarth said that “grocery is billions of dollars” and “will be larger in a year to 18 months”.  He said, “We are chasing delivery services around the world. We can deliver like anyone on a bike, scooter or car, but we’re cheaper, and our robots get cheaper each year.” He also stated that “ninety-nine percent of the time our robots have nobody involved. We make many deliveries without anyone involved”. That said, operating as a level 4 autonomous system means humans can fix any issues that might arise as they are monitoring at an operations center, and while it is not the default, they can take over if a vehicle finds itself in trouble.