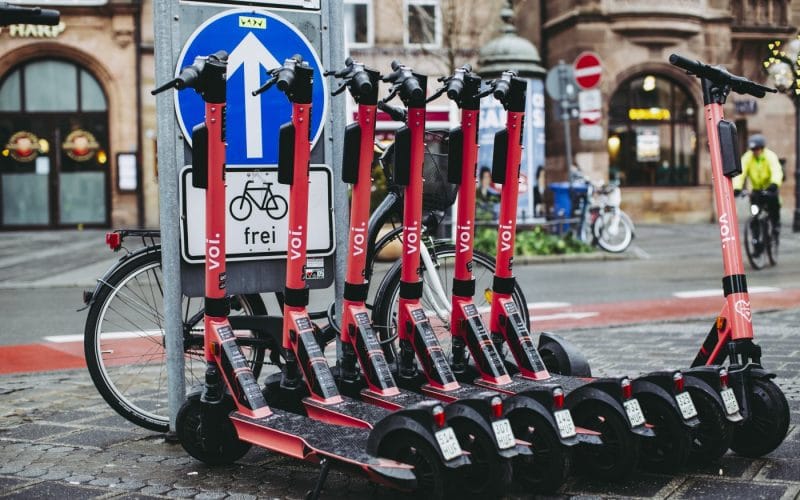 New York City has finally approved a shared electric scooter pilot program, kickstarting what looks like a competitive battle among businesses vying for an opportunity to operate in the city.

The city issued a Request For Expressions of Interest (RFEI) inviting businesses that work in the e-scooter industry and offer ancillary services, such as training courses, data analysis, data aggregation, and on-street charging.

More About the Plan

The idea got a major boost in June when the New York City Council approved a bill that permitted the New York Department of Transportation (DOT) to come up with a pilot program to govern the operation of shared e-scooters in the city.

The DOT was given until October to plan and issue a request for proposals to participate in a shared e-scooter pilot program.

The idea was first proposed about two years ago. However, it didn’t look feasible until the first quarter of 2020 when Gov. Andrew Cuomo went ahead and legalized the use of throttle-based bikes and e-scooters in the state.

Under the new law, shared scooters cannot operate in Manhattan and the New York City Council must approve a pilot program before shared e-scooter services can be fully allowed to operate in the state.

The proposed law puts some requirements and restrictions on how the program can be utilized. Priority will be given to neighborhoods that currently lack access to existing bike-share programs.

Moreover, companies that apply for permits must meet operating regulations, such as providing accessible scooters.

What Does It Mean?

The aim is to support a new industry and provide residents a safe way to move around.

The pilot is expected to launch by March 1, 2021. The New York City Council and DOT will continue to work together on determining the target city.

It is believed that the program might not work well if it limits the service area.

A large number of companies including popular names like Voi, Spin, Lime, and Bird are interested in applying for the permit.

“As we’ve learned from operating in global cities like LA, Chicago, Paris, and Rome as well as more than one hundred cities around the world, e-scooters can help New York build a more resilient and adaptable transportation system. As New Yorkers look for new ways to get around, e-scooters will provide an ideal option for those looking to travel around the City while remaining socially-distant,” said Phil Jones, a Lime representative.

Voi claims to be an excellent choice since it has worked in other markets.

“After helping more than 50 European cities rethink their relationship with the car, we’re hoping to make NYC our base in the US,” said Voi CEO and Fredrik Hjelm.

Bird prioritized safety, access, equity, and parking. Spin went the extra mile and made some recommendations, which many believe is a way to eliminate potential competitors.

The company suggested creating equity zones and giving discounts to low-income residents. Spin also suggested the department put a cap on the number of scooters – 2,000 per vendor – with only four companies getting a permit.

Happening Around the World

Other cities around the world appear to be working on similar programs.

Chicago, Paris, and Seattle have already granted permits. Competition in Paris was stiff with 16 companies competing for a permit.

Despite big plans in France, Bird failed to make the cut. Some other big names also failed to get a permit. Bolt, Spin, Wind, Comodule, and Voi couldn’t make it either.

Bird, however, tasted success in Chicago, which gave permits to Spin and Lime as well for its second pilot program.

DC fast charging, a pre-requisite for the mass transition to electric mobility – Predictions for mobility from Jeroen Jonker, VP Business Development at Tritium