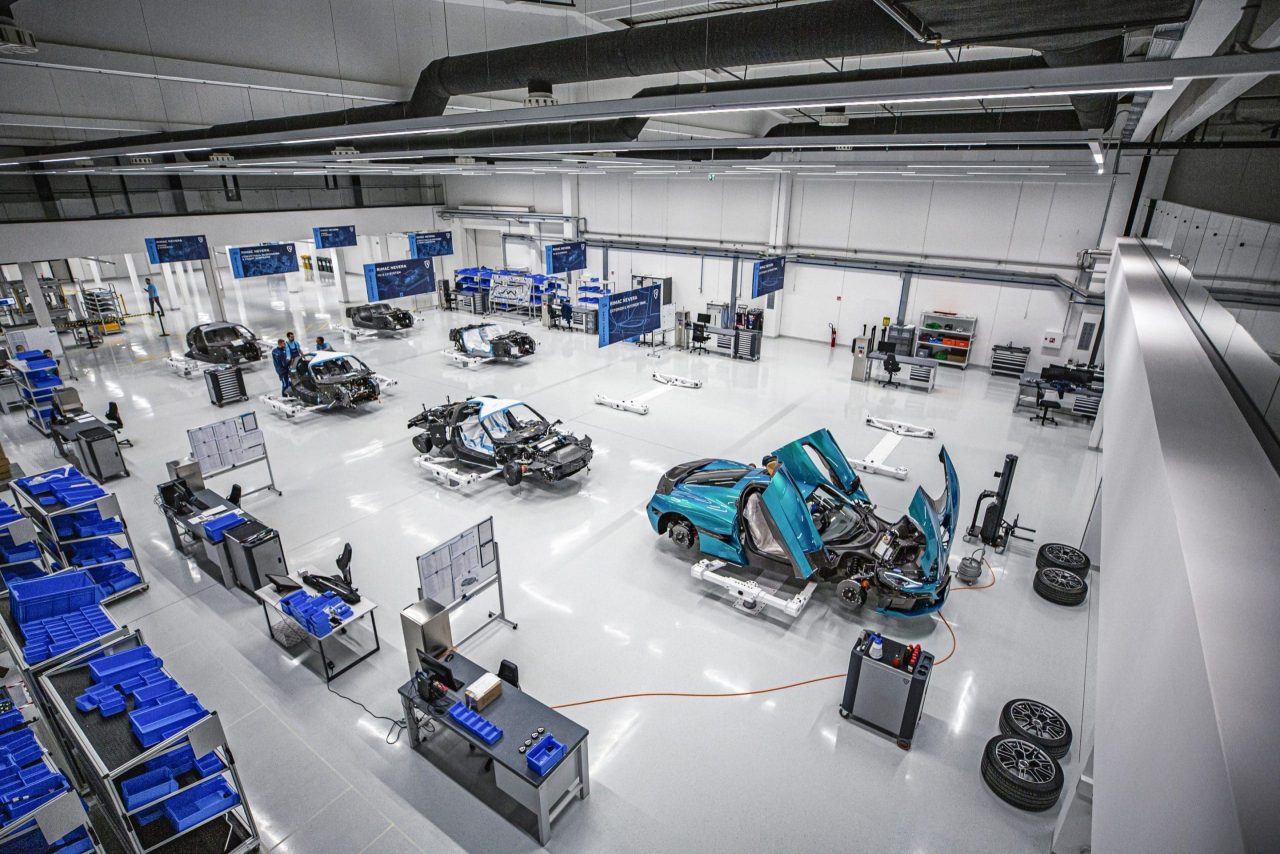 By designing, engineering, and manufacturing high-performance electrified vehicle components such as batteries and e-axles, Rimac Technology has quickly established itself as a Tier 1 technology partner to global automotive Original Equipment Manufacturers (OEMs).

Rimac also successfully completed the merger of its hypercar division, Rimac Automobili, with Bugatti Automobiles in November 2021. Both brands are now operated by Bugatti Rimac, the world’s leading manufacturer of ultra-luxury and high-performance hypercars.

Rimac’s success in developing and delivering high-performance electrified vehicle components and in-house hypercars is reflected by this Series D investment. Primarily, the funds will be used to further develop Rimac Technology as it begins mass production for global OEMs.

Rimac has developed a range of products that guide customers through the entire product development process – from concept to mass production – by leveraging the knowledge gained during the development of the all-electric Rimac Nevera hypercar. Rimac Technology has already established partnerships with prominent global brands such as Porsche, Hyundai, Automobili Pininfarina, Koenigsegg, and Aston Martin.

The Rimac Campus will also become the headquarters of Bugatti Rimac, which is responsible for the future development of both the Bugatti Automobiles and Rimac Automobili hypercar brands, as well as the production site for Rimac Automobili’s Nevera hypercar – the world’s fastest accelerating production vehicle, with every major component designed and engineered by the Rimac team.

Mate Rimac, CEO of Rimac, said: “Rimac has ambitious growth plans in the next few years, and we are humbled by the support of significant new investors like SoftBank Vision Fund 2 and Goldman Sachs Asset Management believing in our vision. Our gratitude also goes to Porsche and InvestIndustrial who have played an important part in our success so far and reinforced their support with new investment. As we look to rapidly scale the Group, establish new manufacturing processes to meet global automotive demand, recruit 700 talented team members in 2022, open new offices in several locations across Europe and expand our new production facilities at the Campus and beyond, the backing of our expert investors will be an invaluable guide through this uncharted territory. I would also like to personally thank all of our employees as without their hard work, loyalty and enthusiasm for the Rimac vision, we wouldn’t be here today.”

Jimi Macdonald, the investor for SoftBank Investment Advisers, said: “We’re witnessing a rapid demand for electrification in an industry facing significant challenges adapting to this technological shift. Rimac has quickly established itself as a leading EV technology partner to global OEMs supporting their transition to an electric future. We are pleased to support Mate and his team in building on this success and taking Rimac to the next level.”

Michael Bruun, EMEA Head of Private Equity within Goldman Sachs Asset Management, said: “We look forward to partnering with Mate Rimac and management in their innovation agenda and growth journey to push the limits of battery and electric powertrain performance.”

Lutz Meschke, Deputy Chairman of the Executive Board of Porsche AG and Member of the Executive Board for Finance and IT, said: “We were already convinced of the company’s potential in 2018 and are pleased that we were able to contribute to its progress and current success with our commitment. With new investors on board, Rimac is further expanding its position in electromobility and thus becoming an even stronger partner for Porsche. The close cooperation creates added value on both sides in terms of technology and innovative strength”.

Andrea C. Bonomi, Chairman of InvestIndustrial’s Industrial Advisory Board, said: “We are delighted to continue to support the company in its industrial expansion plan, which will make Rimac the driving force in the transition towards electromobility solutions. We welcome the new shareholders that strengthen the group further.”

As the Ultra Low Emission Zone is extended to all of London, 5million more Londoners will breathe healthier air